With her performance, she made Danish women visible in sport as well as in the public arena in general. Thereby she contributed to change the view on women of her time, and with her extraordinary achievement she established herself as a pioneer in Danish history of sport and the history of women’s rights and empowerment. 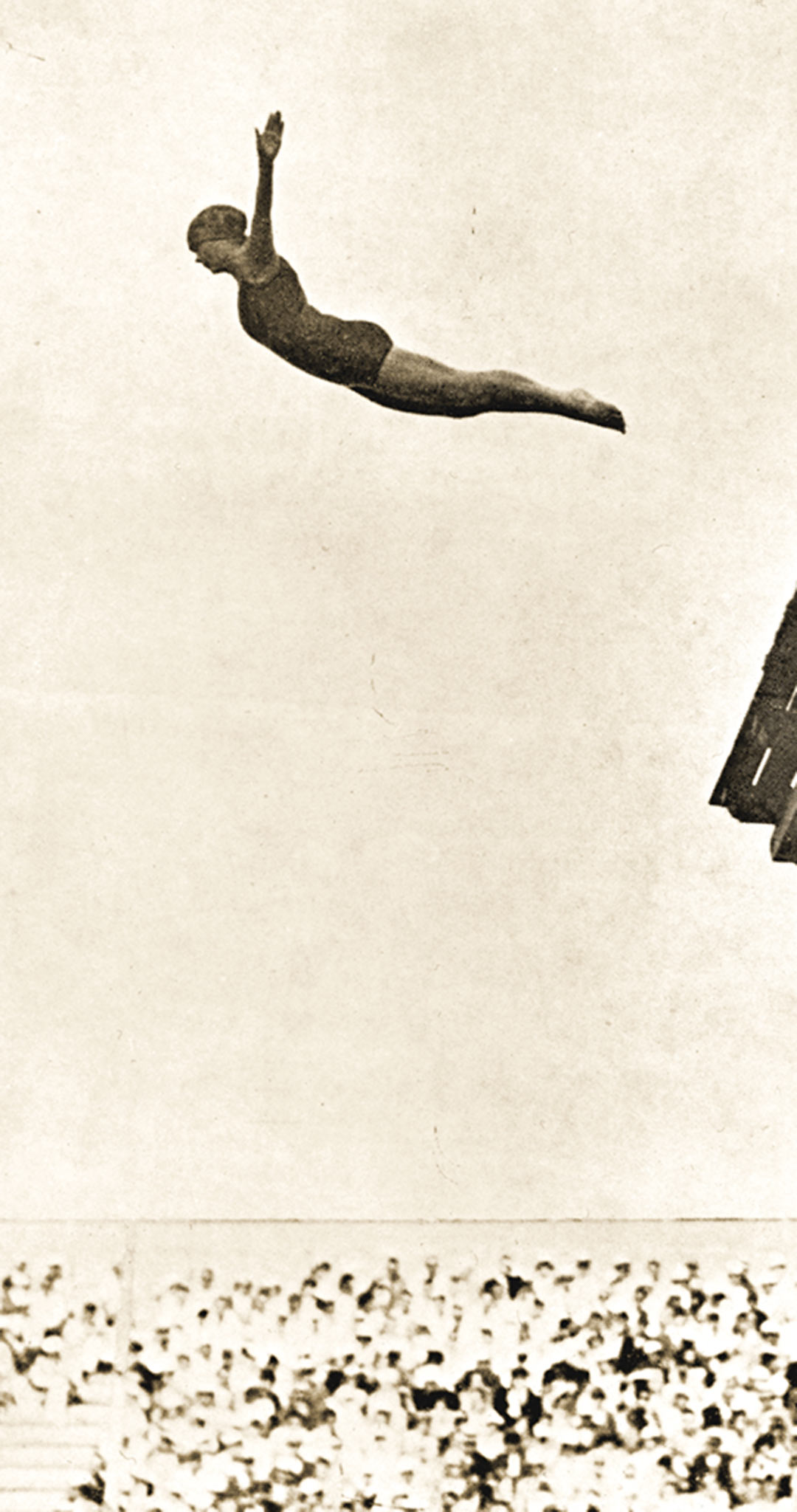 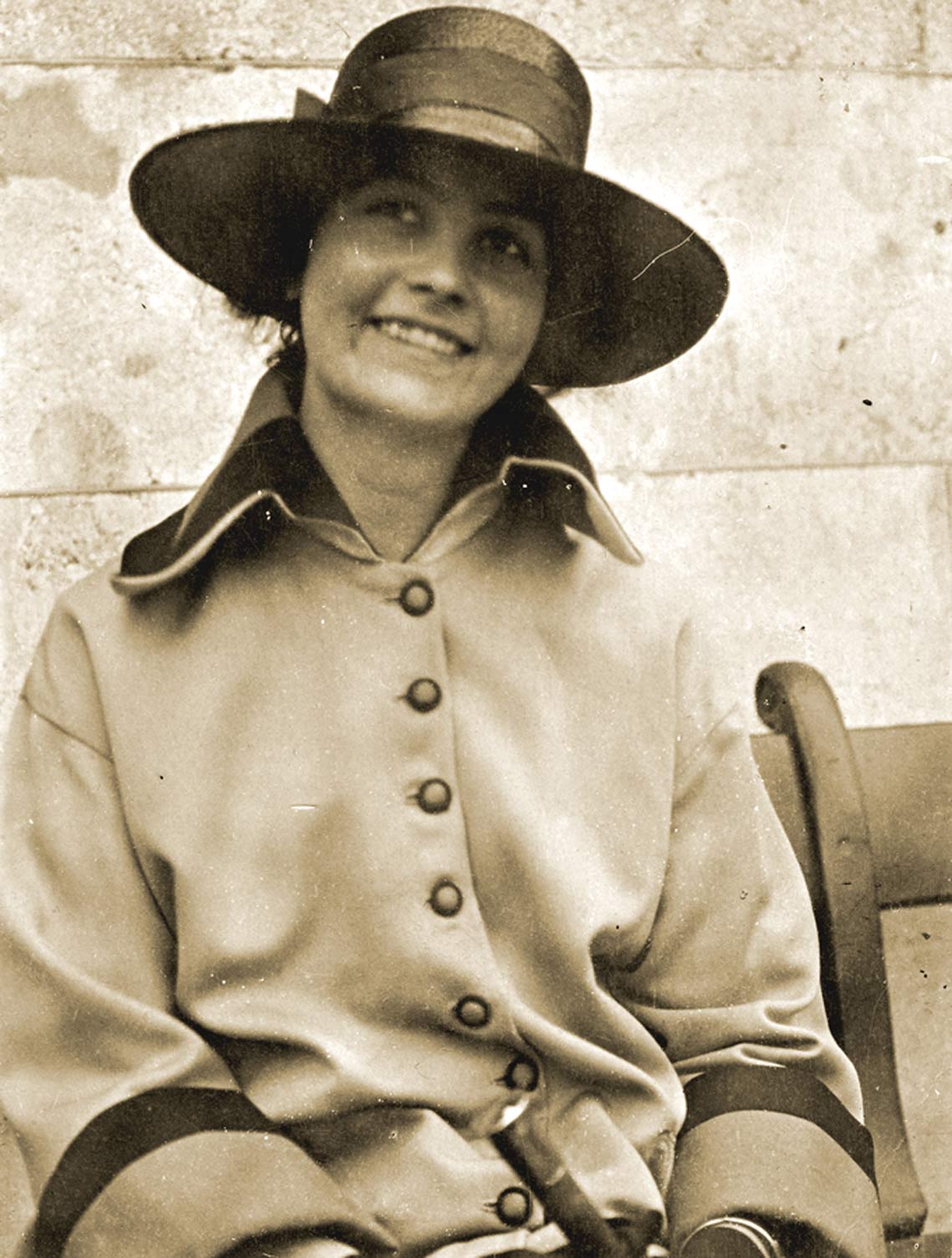 Stefanie was born April 1, 1900. Her father Christian Lauritz Fryland Clausen and mother Mette Kathrine Pedersen had 4 children, whereas Stefanie was the second born. They lived in the area Vesterbro in the center of Copenhagen, Denmark, where the father had his business: Vesterbro Umbrella Factory.

Stefanie developed a keen interest in sports already when she was a child. Diving, swimming and gymnastics started early, but it was not until 1915, when she joined The Women’s Sports Association (Kvindelig Idrætsforening (KI) that she began practising on competition level, which quickly led to championships. 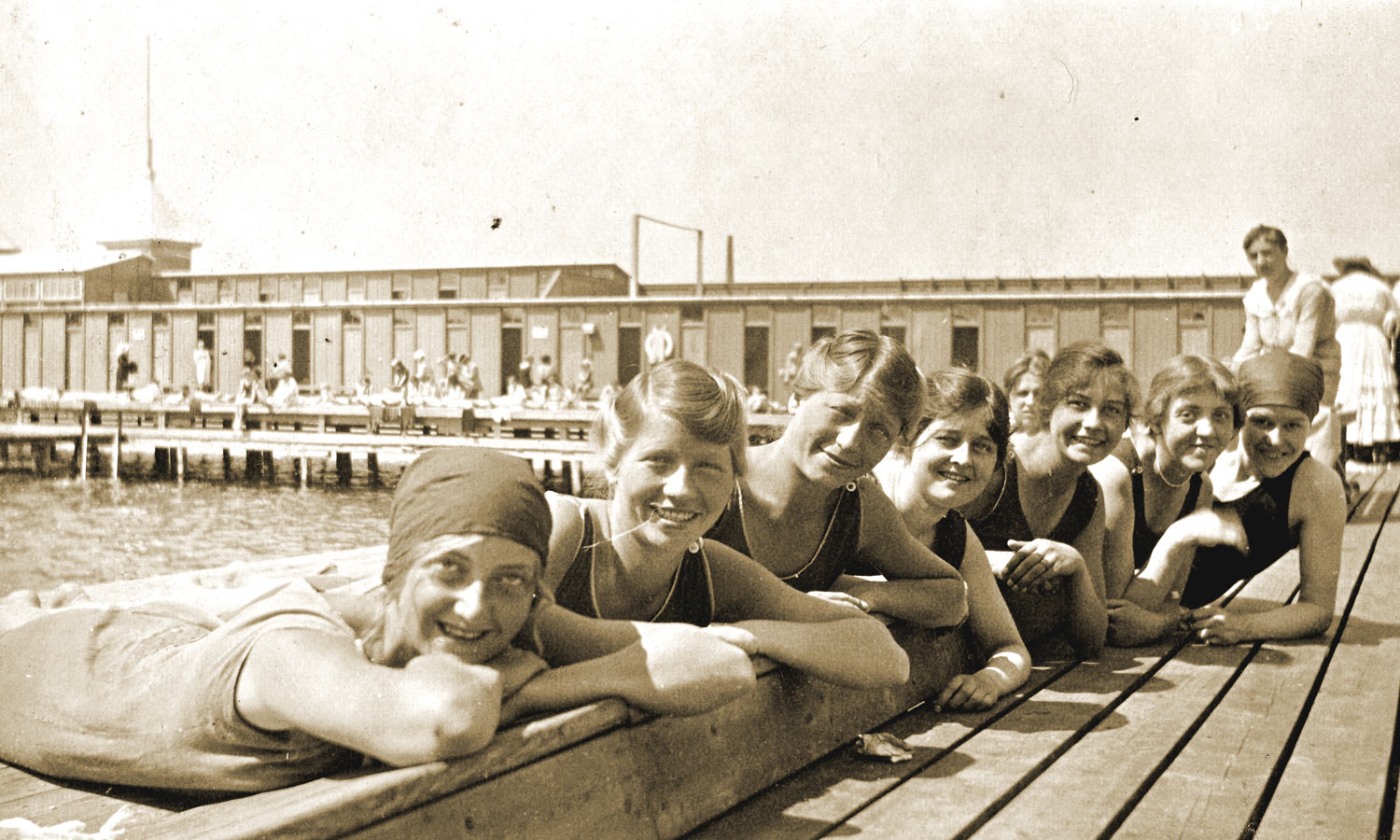 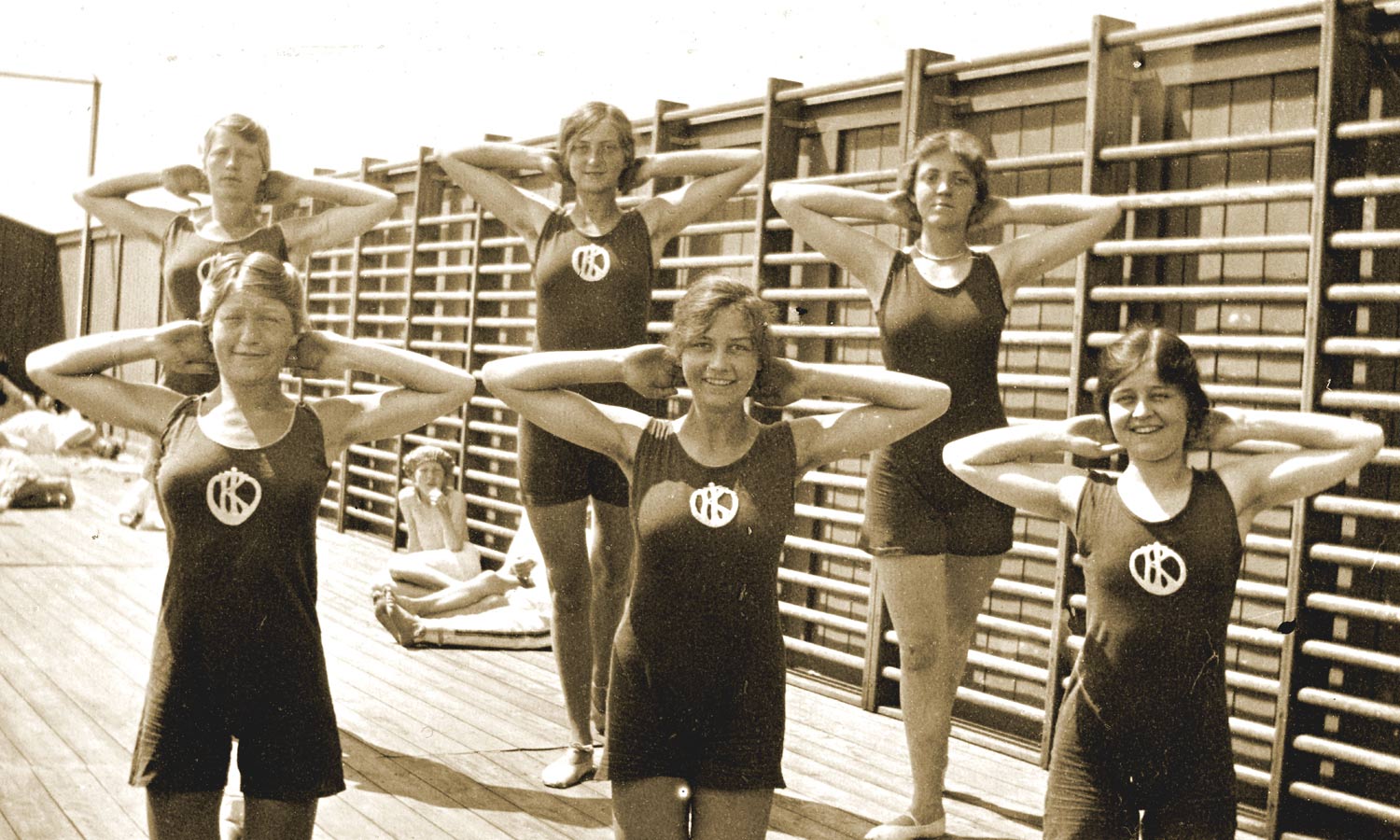 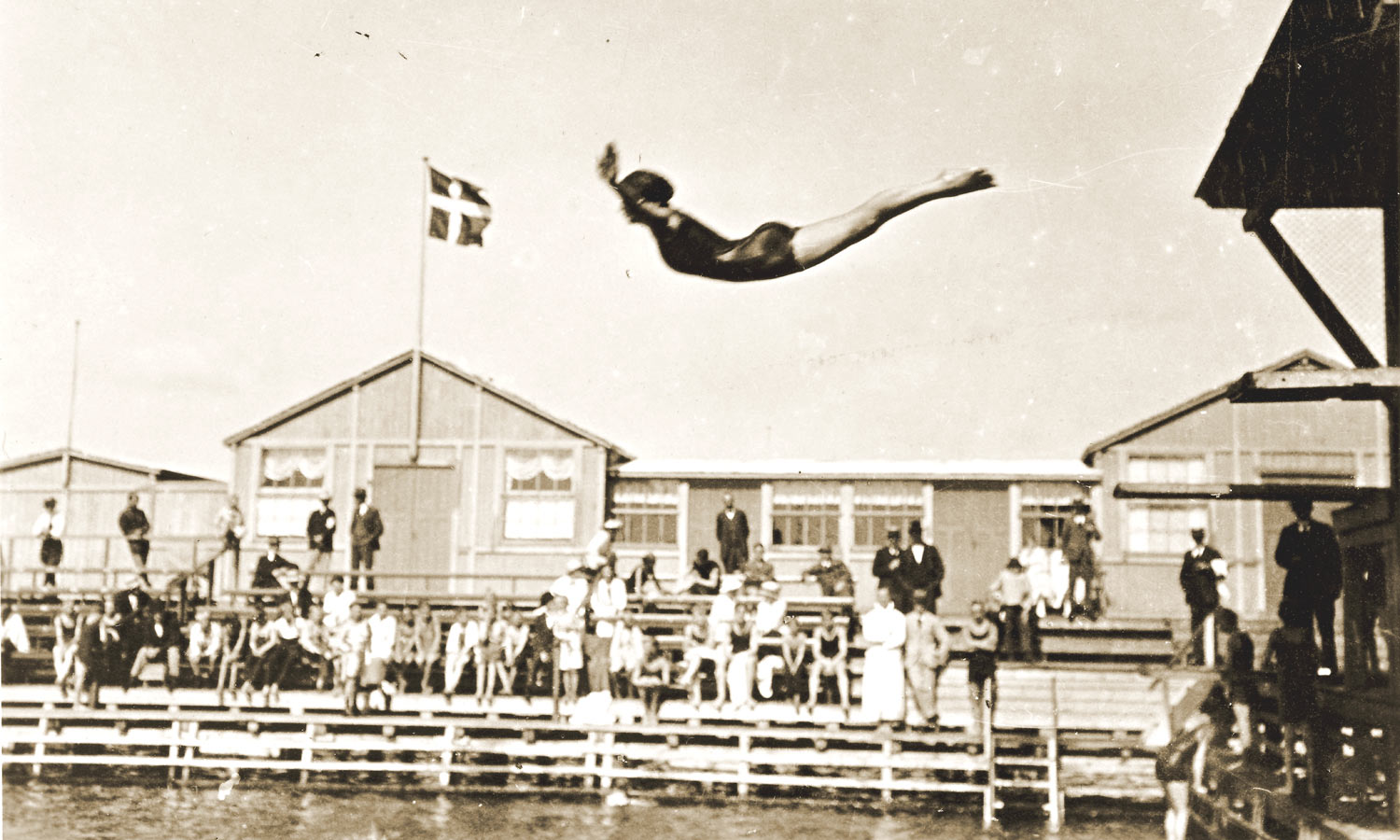 At the turn of the 20th century, swimming and health baths became very popular in Denmark. There were no indoor public facilities until 1926. The public swim baths were outdoor and would be used summer as well as winter.

When the new Helgoland Swim Bath at the coast north of Copenhagen opened in 1913 it was the biggest in the Nordic Countries with a capacity of 2000 spectator. The outdoor facility had changing rooms, a restaurant and it had 7 closed swimming pools, one with spring-boards and a tower with the 5- and 10-meter platforms. Helgoland was the main swimming facility in Denmark until 1930 and where Stefanie would do all her practice. 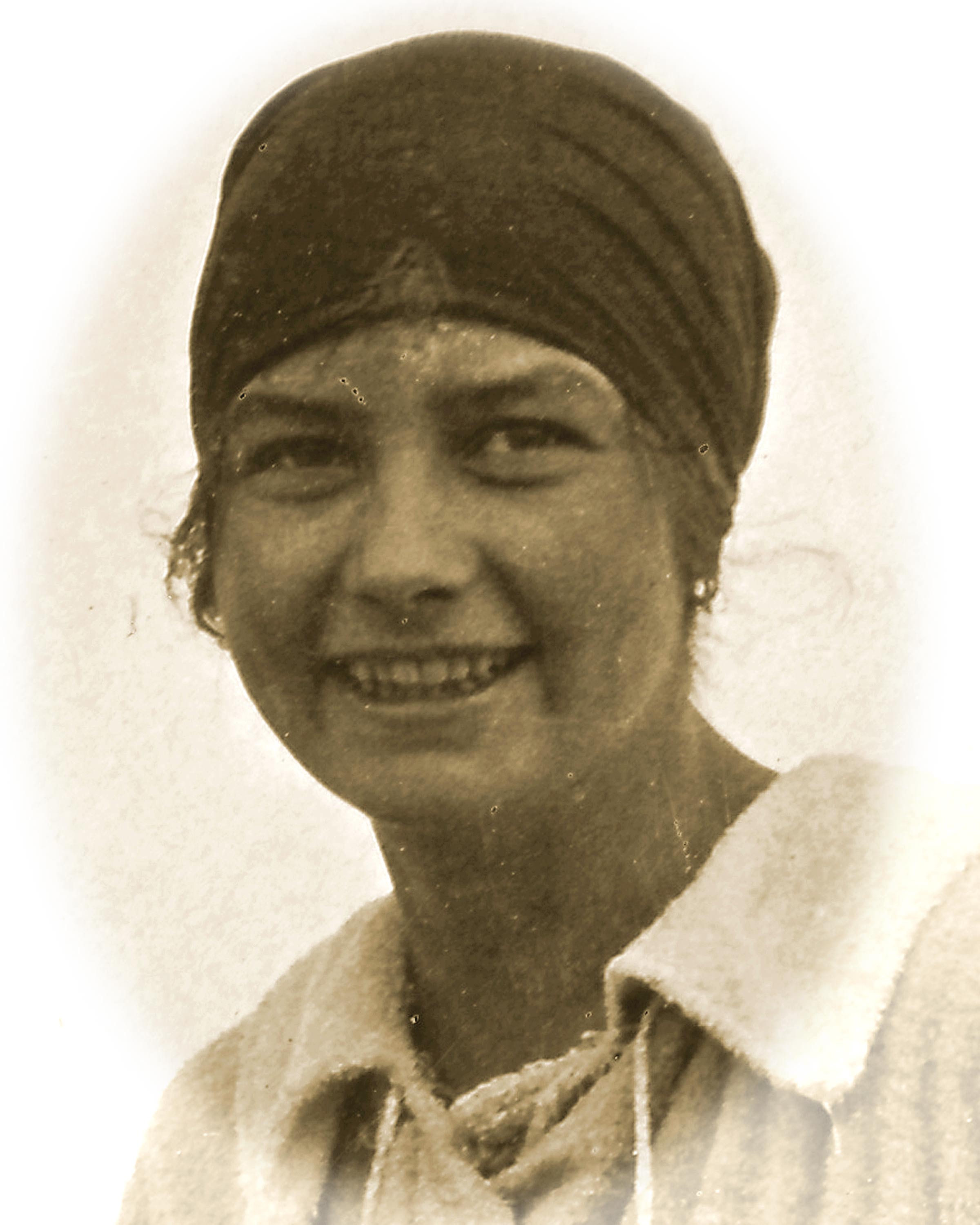 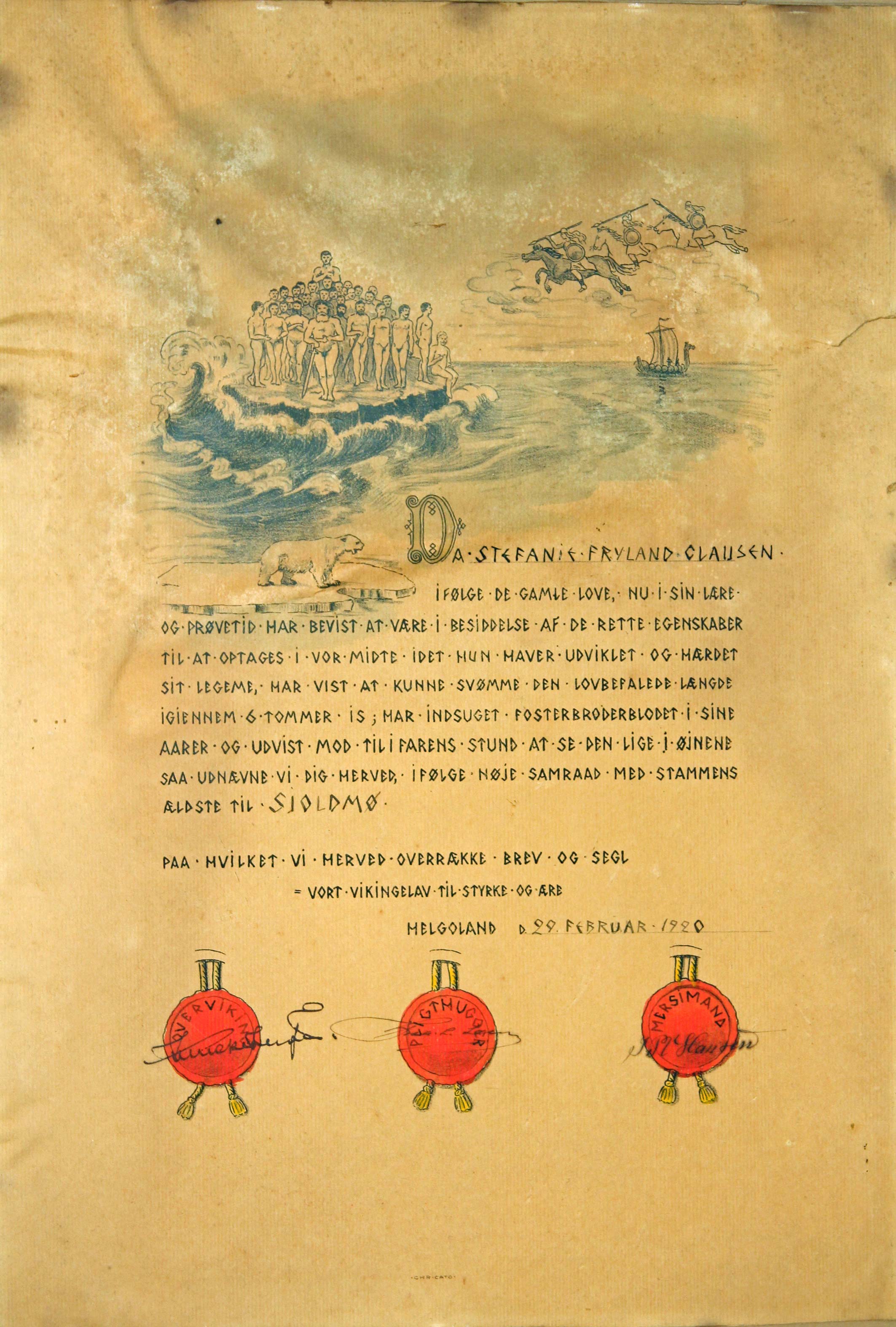 Swimming through six inches of Ice

In preparation for the Olympics in 1920, she had to train the entire year at Helgoland, including the winter. This is when she by the Danish Viking Guild on Helgoland was honoured and ordained with the title “Shieldmaiden” * , as evidenced by her certificate of 29 February 1920, after having “shown being able to swim the statutory length through 6 inches of ice. ”

The Shield Maiden Certificate from the Danish Viking Guild (1920) with the following inscription:

As Stefanie Fryland Clausen according to the ancient laws now in her time of testing and learning has shown to possess the right skills to be included among our inner circle, as she has developed and hardened her body;
has shown she can swim the statutory length through 6 inches of ice;
has embodied the blood of the brotherhood into her veins and has shown courage to in the time of danger to stare it right in the eye; we now ordain you after assembling with the elders of the tribe to: Shield Maiden (Skjoldmø)

Which we hereby hand you letter and seal. With the Honour and Strength of our Viking Guild

* ‘Shieldmaiden’ is the ancient name for the female Viking warriors

Stefanie’s parents were not too fond of her interest in sports. Because she was taking her education in business and secretarial services, and at the same time she was working in his father’s company, Vesterbro Umbrella Factory, all her training had to take place from at 6-7 am in the morning and between 6-8 pm in the evening, in order for her to stay committed to her work and education.

It was 7 km cycling distance from Vesterbrogade 20, where the family lived, and where the company was located to Helgoland Swim Baths. However, in the summer the distance was twice as long, since the family had a summer cottage between Hvidovre and Brøndby Strand, south of Copenhagen. 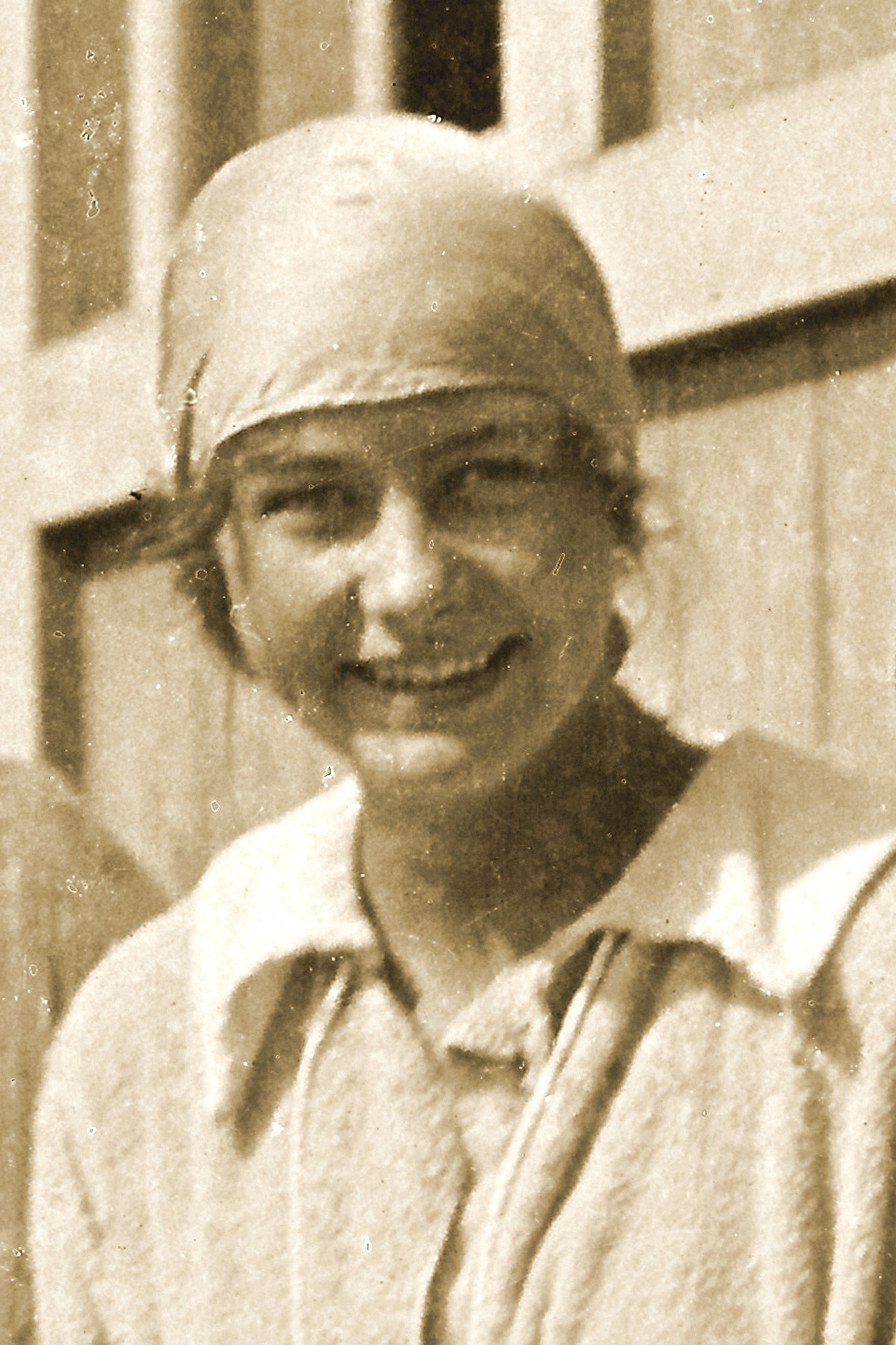 “..great tasks fascinate me.. It is those, which give life its value and content.. “.

The Olympic Games 1920
Antwerp, Belgium
After an interruption of eight years due to the First World War, the Olympic Games were resumed in 1920 in Antwerp Belgium, which had been severely bombarded during the war. To promote a strong message of peace, the Antwerp Olympic Games were the first to release the doves of peace and the first to use the official declaration of the Olympic Oath. It was also during the 1920 Games that the Olympic Flag was first introduced with its five rings symbolizing peace and union of the five continents.
Women at the Olympic Games
“I do not approve of the participation of women in public competitions`` (Baron Pierre de Coubertin, founder of the modern Olympics)
Women only began competing in the Olympic Games in 1900 and only in a few selected categories. In 1920 this was tennis, art competitions, sailing, figure skating, swimming and diving.

In 1920, Denmark participated with 170 men and 4 women, whereas two women, including Stefanie, competed in diving and two women participated in tennis. 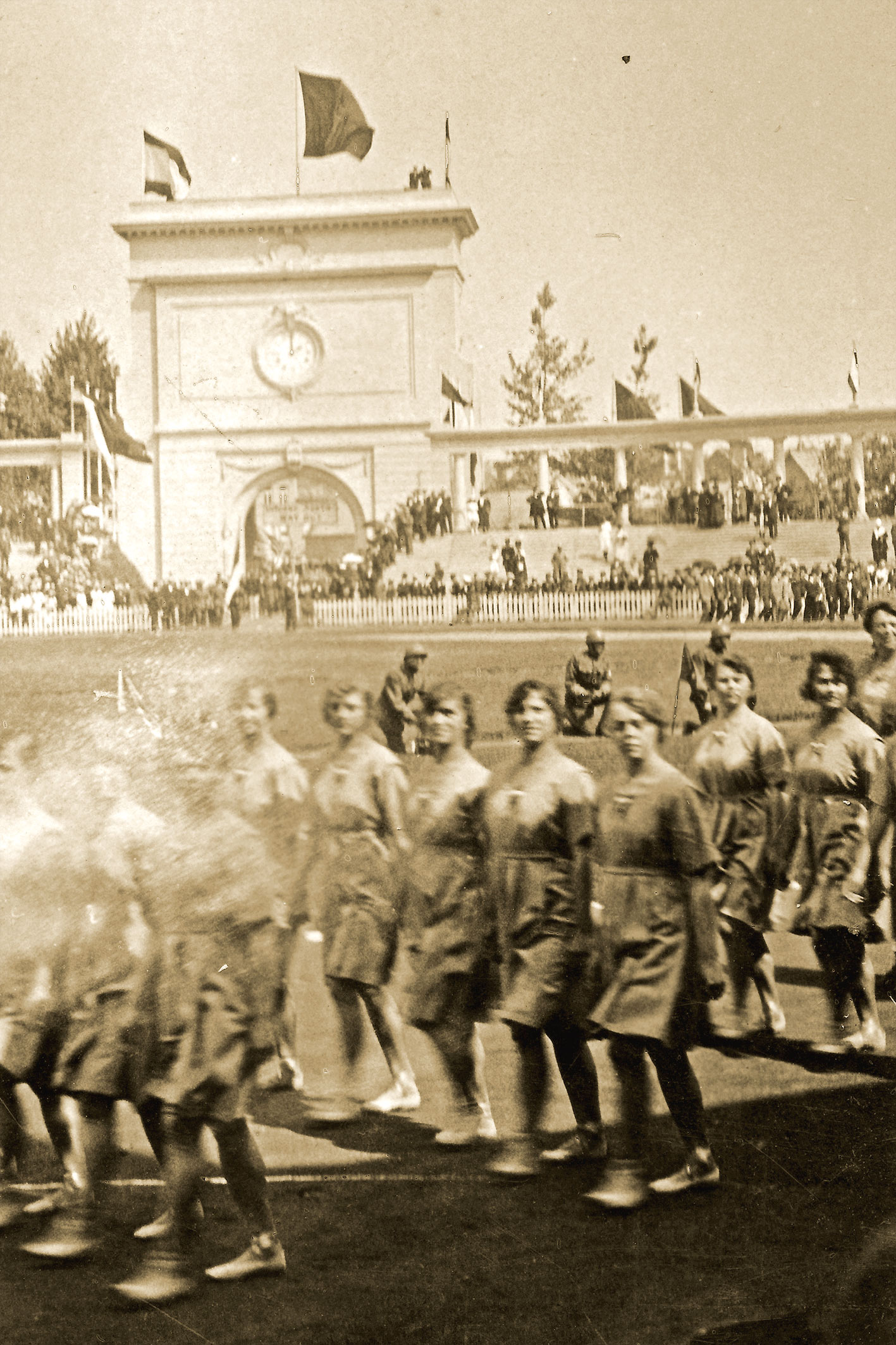 The Precondition for Stefanie’s Participation in the Olympics 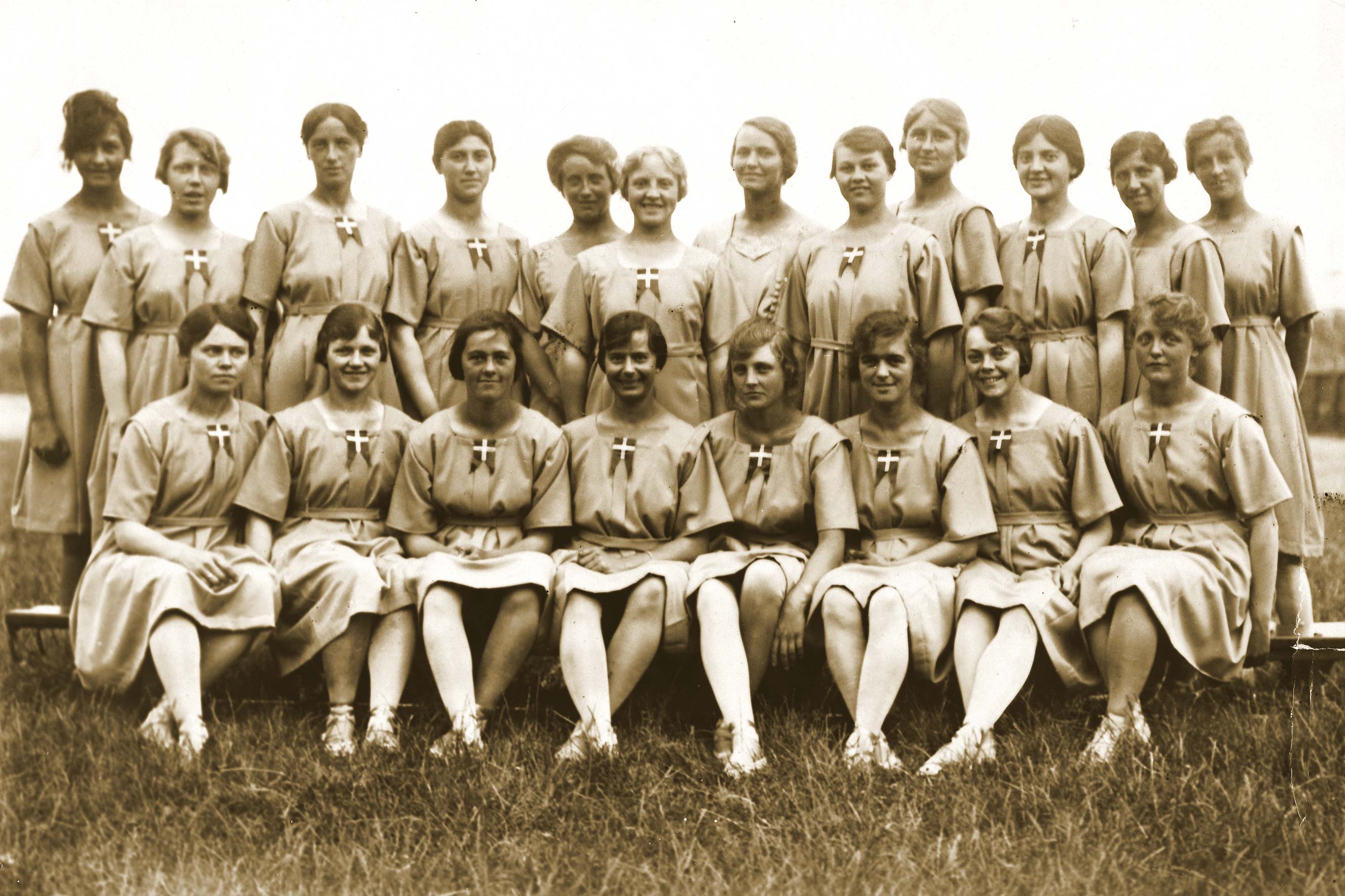 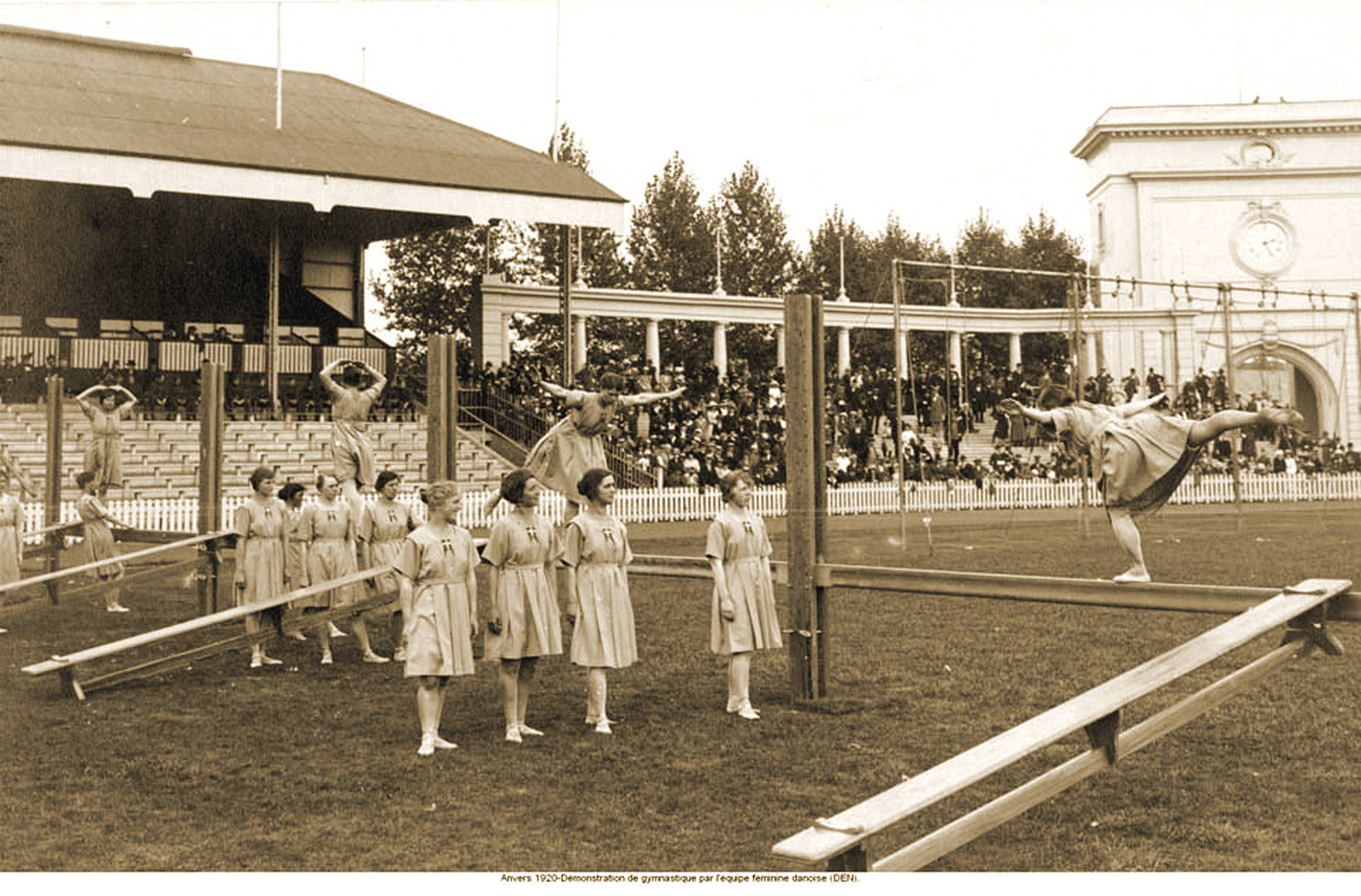 The Danish women’s gymnastics team did travel to Antwerp, however not to compete, but to perform. This is actually how Stefanie made it to the Olympics, as her involvement with the gymnastic team was a precondition for her participation in the diving competition.

Stefanie ended up not performing with the gymnastics team at the final demonstration, as the performance was the day before the Diving finale. It was a rule that no competitor was allowed to participate in other events the day before a competition.

There were 15 competitors in the Women’s Plain High Dive competition in the 1920 Olympic Games. It was held at the Stade Nautique d’Antwerp, Belgium.

The women were divided into two Pools where the top three of each Pool would advance to the final round.

Each diver would perform four dives, two from 5 meter and two from the 10 meter platform.

After the initial round that would qualify for the finals, there was a unique situation in Pool One. Stefanie Fryland Clausen and the Norwegian participant Ragnhild Larsen, had a tie. Consequently, the Jury Panel, which also had a Norwegian member, had to bring other factors into play in the choice of finalist. It was obviously not an easy process. They could not agree and it was therefore necessary to present the decision for the Olympic Jury. The result came only after about three hours deliberation at 9 o’clock in the evening, and Stefanie Fryland Clausen was announced finalist.

In the finals however, there was not much discussion, as 4 of the 5 judges ruled Stefanie Fryland Clausen as number 1, and the fifth judge (the Norwegian) ruled her as number 2. It was probably the last dive which completely convinced the judges, as one of the newspapers the day after wrote: “it was perhaps the most beautiful dive which has ever been seen.” Stefanie Fryland Clausen won with 173 points over Ellen Armstrong (UK): 166 points, Ewa Olliwier (Sweden): 166 points. 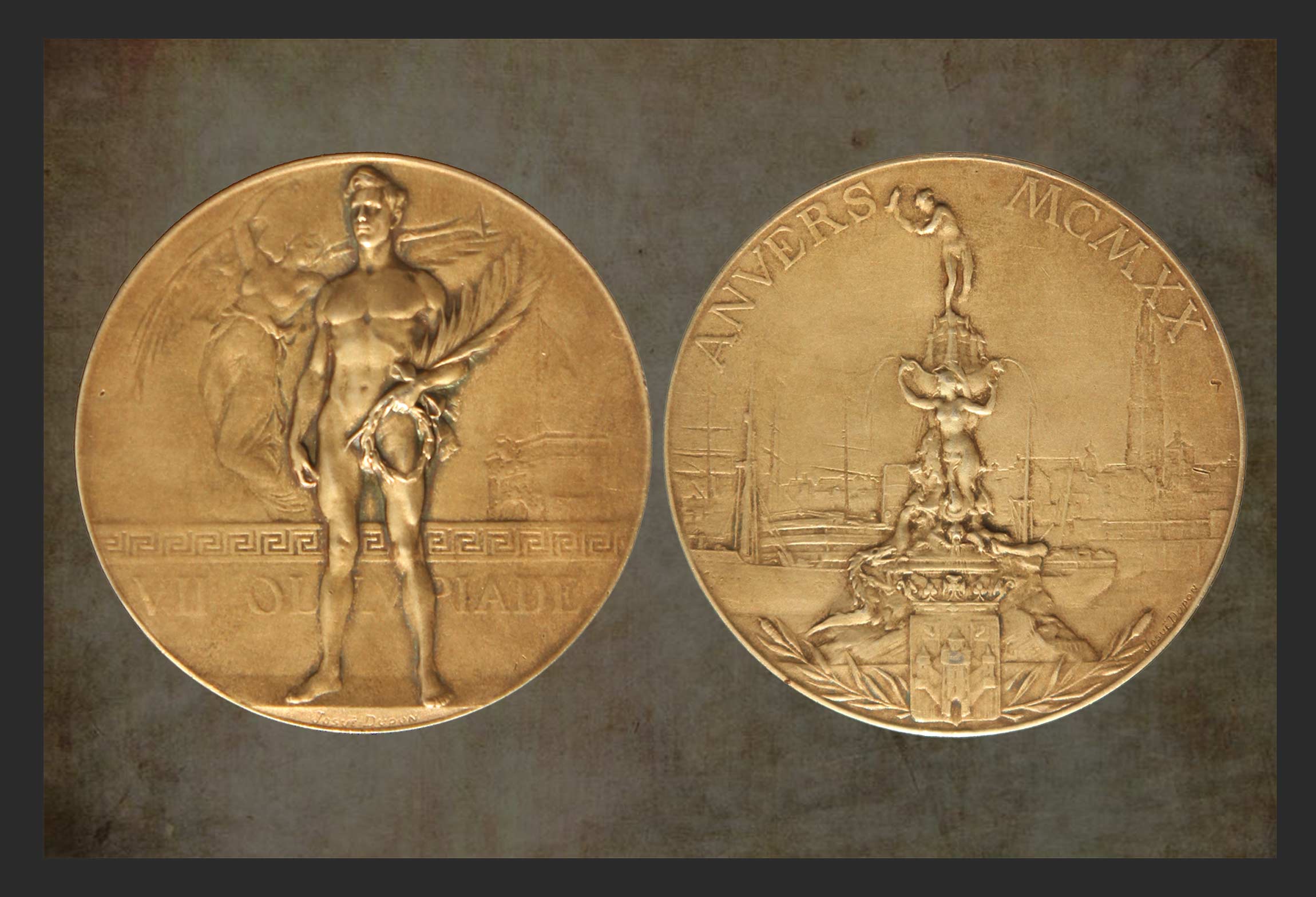 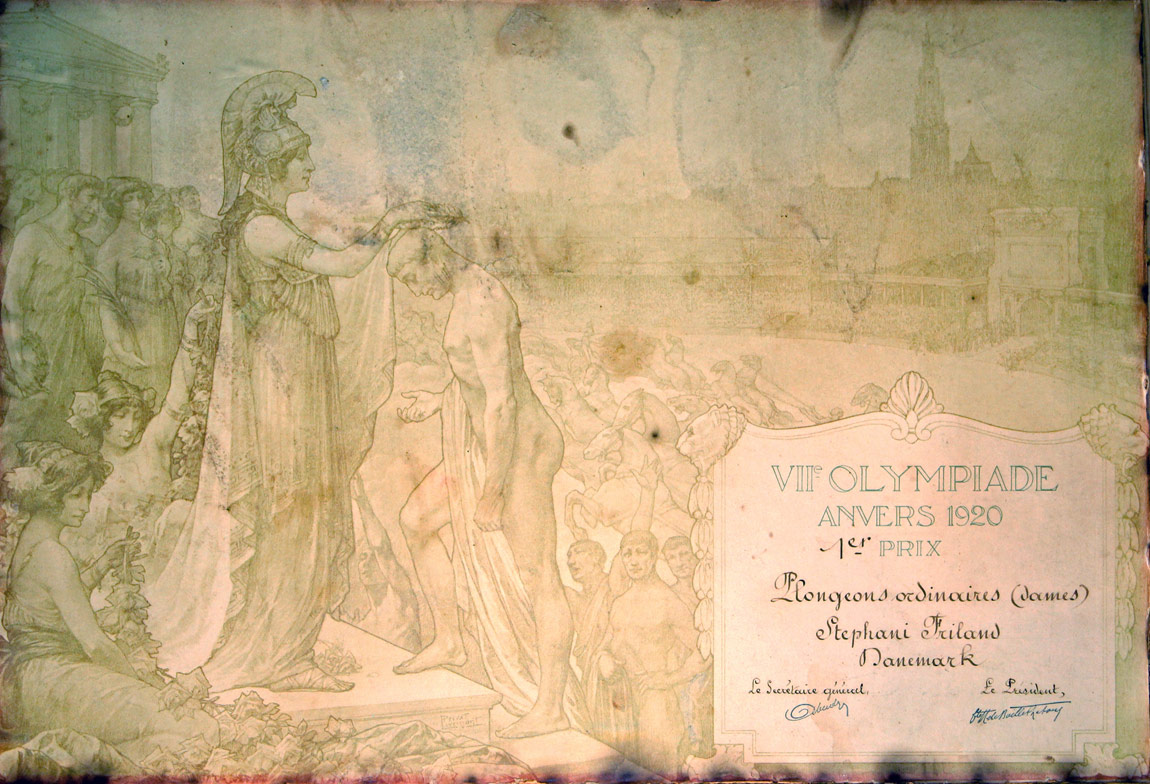 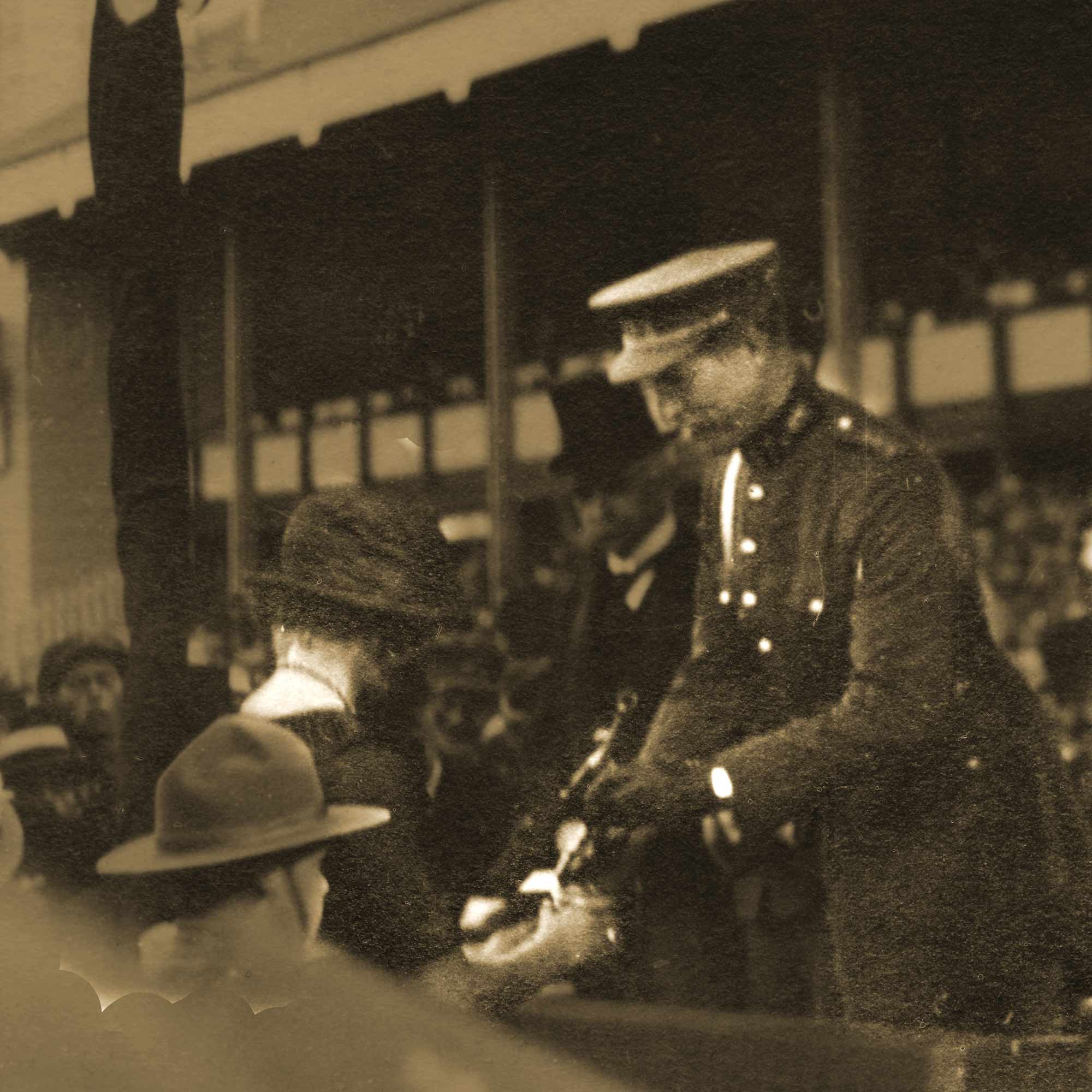 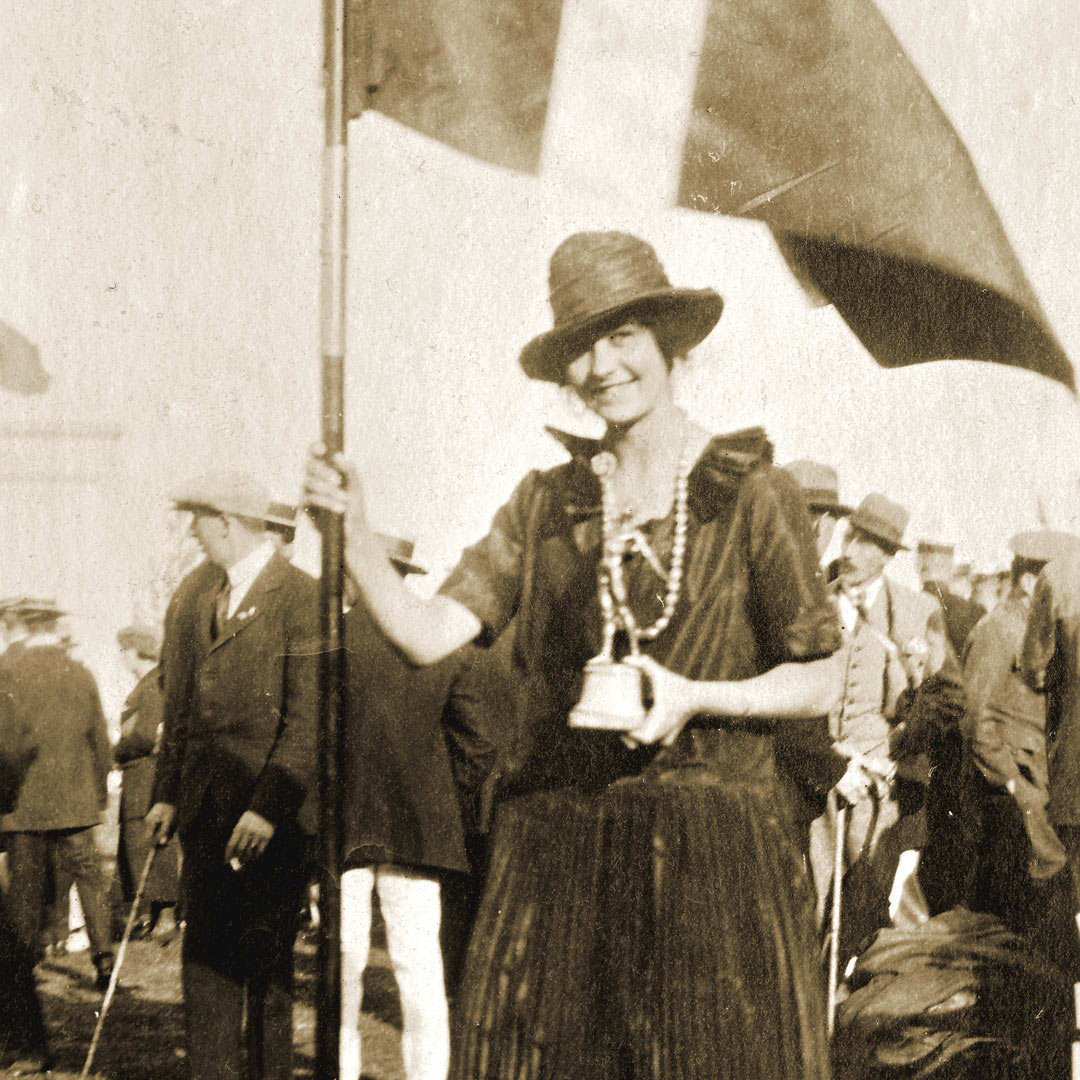 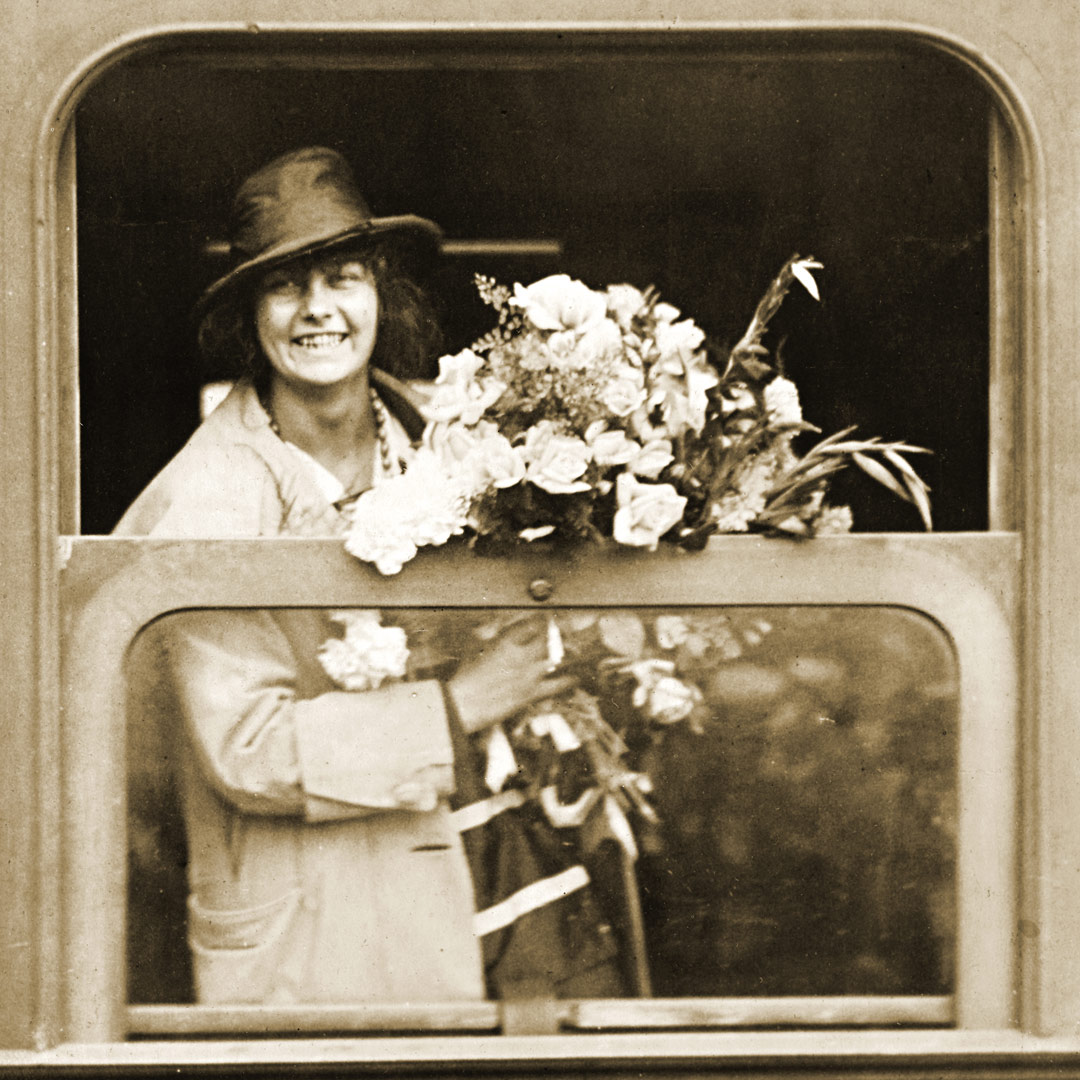 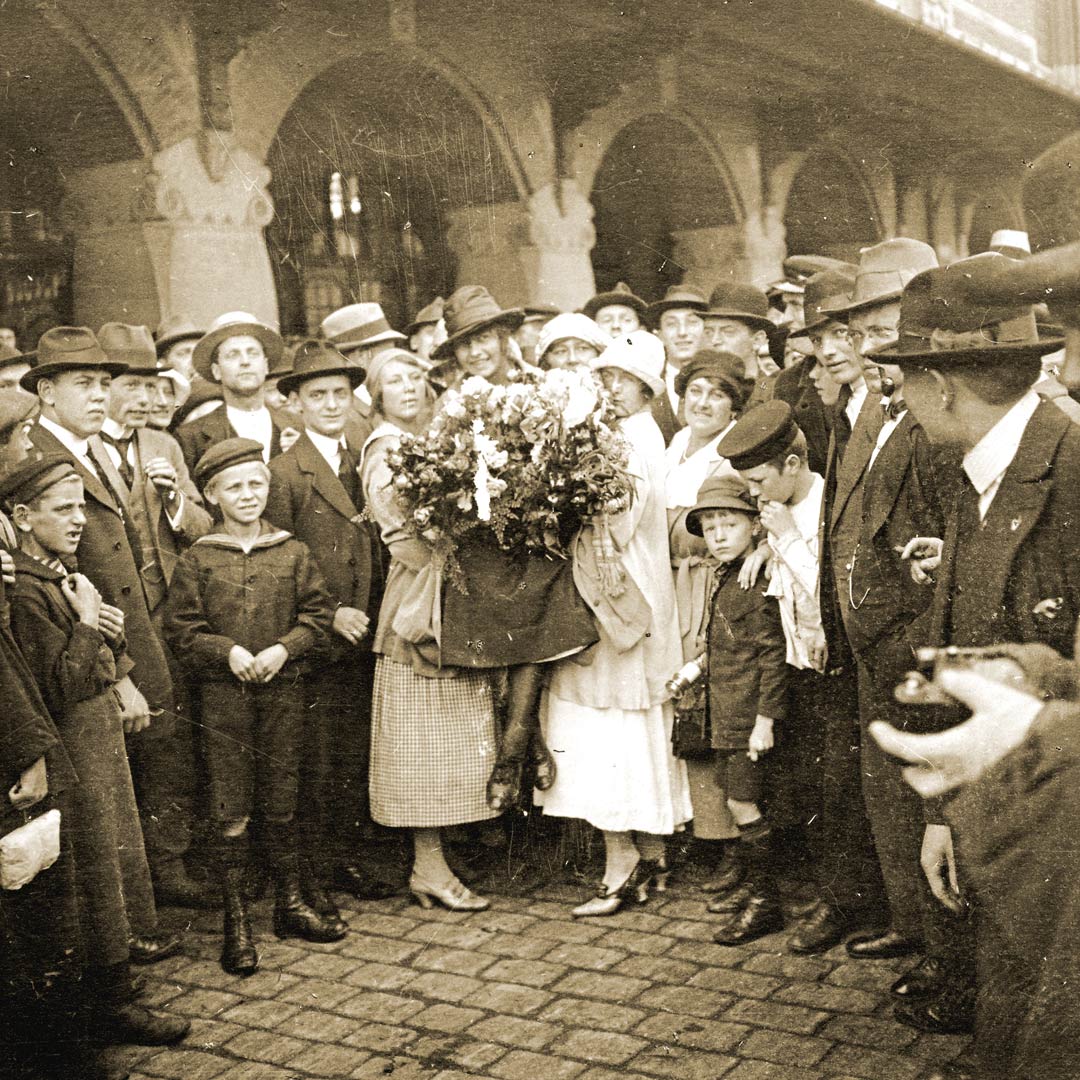 Celebrations at Copenhagen Central Station after Stefanie's arrival from Antwerp

Immediately after the Olympic Games, she went to Hamburg, Germany to study and later she went to the United States,

Upon her return to Denmark, she was appointed judge at diving competitions.

Stefanie remained active throughout her long life, especially within ‘Gymnastics with a Staff’ (Danish: Stav-gymnastik). She was appointed Instructor by Captain Jespersen himself, the founder of the principles, in order to, as she said in 1953:

..to meet the next 30 years with dignity, and then – to remain optimistic – to age with grace 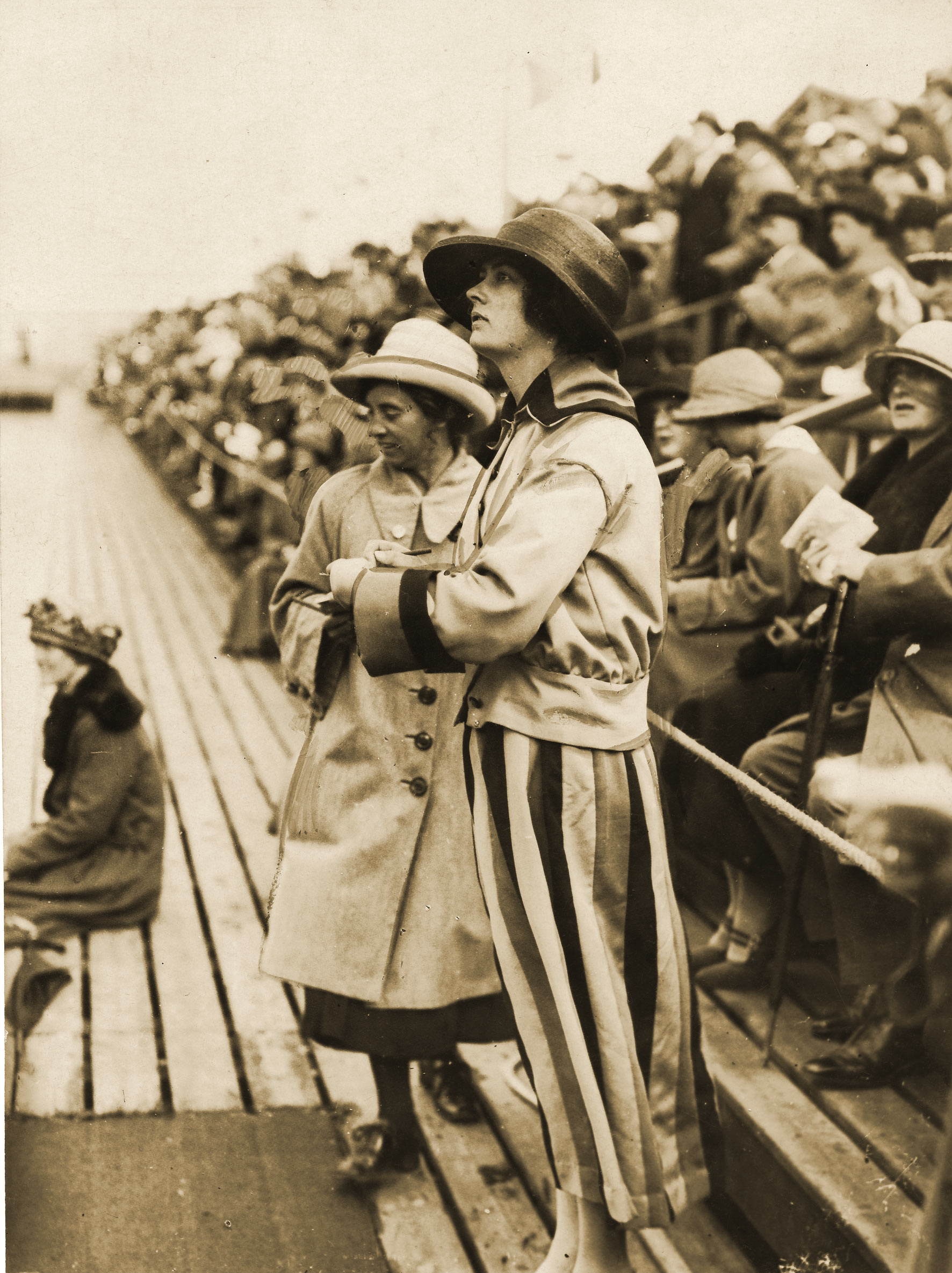 ``It is not the fame that matters. It is not what is genuinely satisfying. Instead what satisfies, is to advance; to reach the top through success and adversity. To overcome the difficulties is the greatest joy``
Stefanie Fryland Clausen
(B.T. 26 Feb 1953)

About this Website
Authors & Material
This website has been developed by some of the descendants of Stefanie Fryland Clausen. The photographs are from her personal archives.

Thank you for your interest in the life and achievements of Stefanie Fryland Clausen.

For Enquirers and Questions